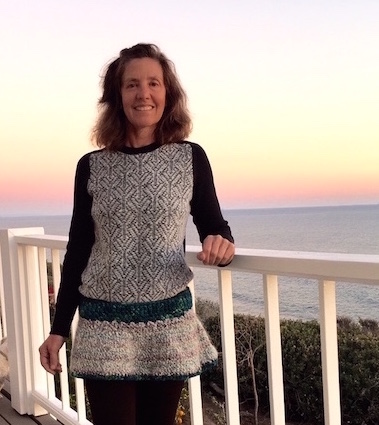 Carissa Joie Luminess (nee Erin Williams) enjoyed a well-rounded bi-coastal upbringing between California and upstate New York. She studied at The Academy of Art in San Francisco and received her MFA from the State University of New York at Albany in 1985, where she was awarded the Presidential Award for Excellence in Art.
Upon graduation Carissa moved to a lush valley outside of Eugene, Oregon. There she spent the next 20 years raising her two children close to the land, while successfully making a living as a full-time artist; exhibiting and selling throughtout the Pacific Northwest.
In 2006, Carissa moved to Santa Barbara, where she met the man of her dreams. They live in an enchanting ocean front home perched on the bluffs where she paints the abundant beauty and magic of her paradise.
The past 10 years have seen an emphasis on spiritual growth for Carissa Luminess, interwoven with her experience of painting. Reflected in her recent paintings you can see and feel a joyous expression of energy.