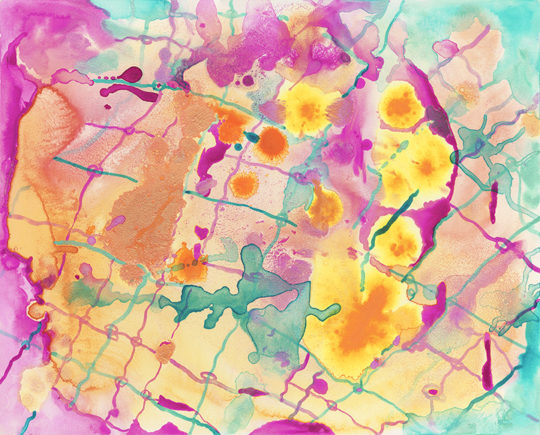 There is a web of creative love underlying and permeating all of life, offering us unshakable ground in a tenuous world. 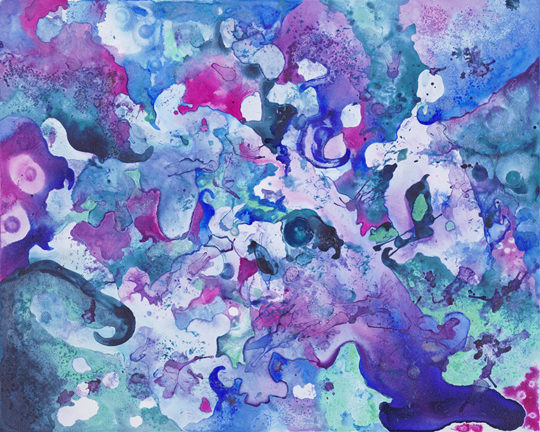 On the Dark Night Sea Journey to the depths of our Souls that lays beneath the murky waters of our ego fears is a light so illuminating as to make clear our way into Love. We just need to follow the light peering through once we are thrust overboard into these velvety fluid waves of undoing. Like a swimmer floating on the sea, allow the waves to rock us like a baby in a cradle, as we surrender to Divine Will. Then we will become a channel for the Light of Creative Love to flow through us and shine out into the world, brightening the darkness there. 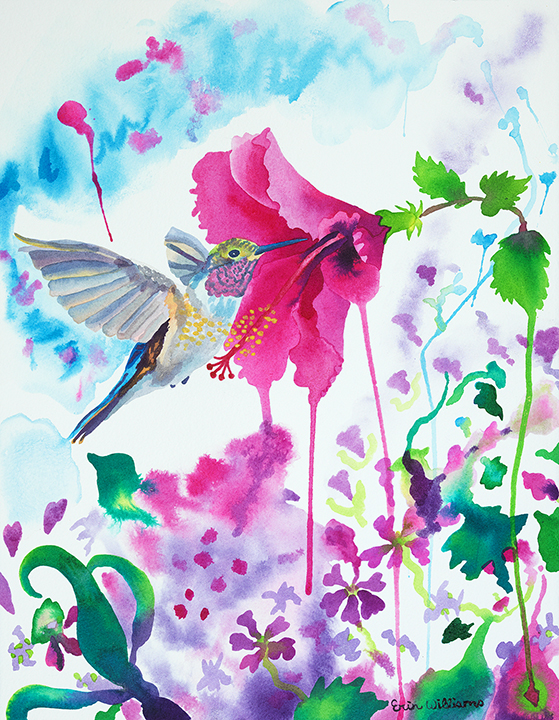 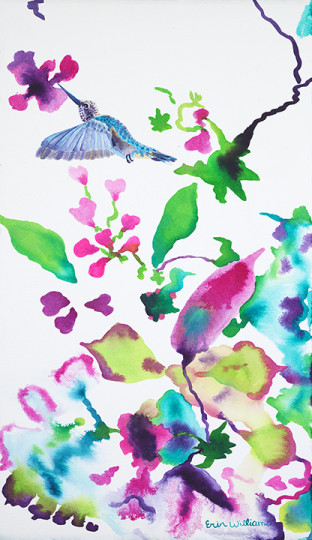 20 years ago when I was married I thought I fell in love with another man. We had some kind of magical, mysterious connection that was powerful and un-namable but very palpable within our energetic field. I became obsessed and filled with a deep, aching longing that took over my life. Being a good wife, of course I never acted upon this magnetic attraction. Instead I went to a counselor to try to overcome the debilitating feelings of overwhelm. She said “It’s a spiritual matter”. I was 36 then and not yet on my path of spiritual devotion so I didn’t really fully get that, though I was more than vaguely aware of the spiritual nature of my feelings and felt that God was somehow more present within the energies of me and this man. Of course, looking back I can see that it was just that he triggered some dormant part of my spiritual consciousness. He had a reggae radio show and would play songs directed at my life issues and through the music I accessed something previously inaccessible, or so was my illusion. The songs were filled with devotion to Jah and was the beginning of my transcendence from human directed, emotionally attached love to a more immense devotional love for God. Without being able to act on my feelings they were redirected by the music. This went on for almost 4 years. Then I took a trip to Senegal, Africa with my west african dance troupe to study dance and culture for 5 weeks.  I had an intense, spontaneous kundalini opening my first night there in that energy field of intense, heightened, spiritual-sexual  Mother earth rootedness. I thought I was dying but afterward I had an immense heart opening that filled me with boundless love so vast it never could have been held by this culture, but in this ancient culture I was normal and my wide open heart was held by the pure African friends I made there.

That experience broke the spell of my infatuation and started me on my spiritual path in earnest. It was 2000, just at the turn of the new millenium. When I returned I was changed and my entire life became undone. It was like the container of my life could no longer hold the person I’d become. My marriage fell apart, my art career took a nose dive, I turned within, studied classical ballet, and began a daily yoga practice in an effort to regulate the released energies flooding my system. Looking back years later, I recognized that it was the build up of pent up emotional, spiritual, devotional, sexual longing that I had projected onto the man of my attraction that led to the huge release of my kundalini awakening. It took getting myself out of our western culture with it’s confusion of romantic love for Divine Love to experience the totality of what the ancient people know in their bones- that connection to God is the primary source of Love and fulfillment. This opening dismantled my life but also began the long (now 15 year) process of purifying my ego fears which have at times seemed bottomless- perhaps they are. But I’m getting there.  One by one they are dissolving into the vast ground of being which is the new container for my life. It’s my connection to the Holy Spirit which has allowed my fears to be released. This is happening rapidly now and being reflected in my new paintings, which are more channeled, intuitive, fluid, spontaneous and free. Letting go of ego control has supported me in letting go of creative control. 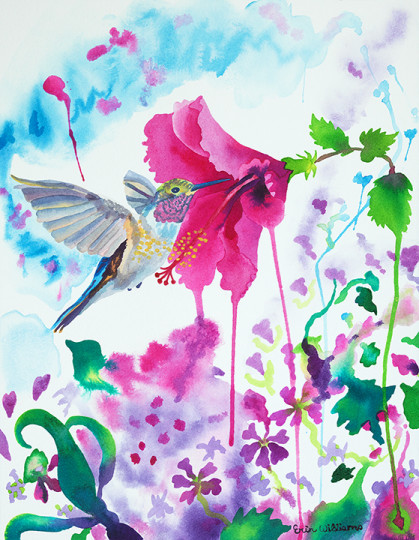 Two nights ago I had another kundalini experience of heart opening into Divine Love that altered me permanently I think. As a mother, the strongest love I have known in this human life is the love for my children. The mother-infant bond is completely Unitive in a way no other human relationship can compare. As my children have grown up and now live far away I have been filled with that similar deep, aching longing for connection with them that was fleetingly tasted as a young mother, but can never truly satiate in a sustainable way . This has been going on for 10 years at least and has become unbearably painful at times. Without contact with them I’ve had no choice but to go within to that deeper connection to Source for comfort. The other day it seemed my longing for that emotional connection with my children came to a head. I prayed in my temple during my late afternoon meditation. I literally called in the Holy Spirit as I lay in bed before sleep. This redirected longing for my children into summoning of God brought in a huge wave of healing Grace as I was literally awaked by an infusion of the Holy Spirit coursing through my body and my heart expanded in boundless love equal to what I experienced in Senegal almost 16 years ago. It felt like the kundalini had worked it’s way through the lower chakra issues and moved into my heart space, at long last. The love was so vast, so timeless and so much larger than the love for my children or even this lifetime and I was overcome by the feeling that my children will always be in my heart and I will always be in theirs and that together we are cradled in God’s Love. It left me with a profound sense of peace and deep compassion for all beings that I have not experienced so strongly ever before.

Here I share a bunch of my recent paintings that express my big shift that has been in the works since that catalyst of the man attraction those 20 years ago. It seems like a long time in the making and that it’s taken forever for me to understand that counselor’s words “It’s a spiritual matter” and I know the spiritual path has no end, yet I feel like I have made a quantum leap into my authentic essence of being and it feels victorious. I am in new territory. Blessings to you all~ 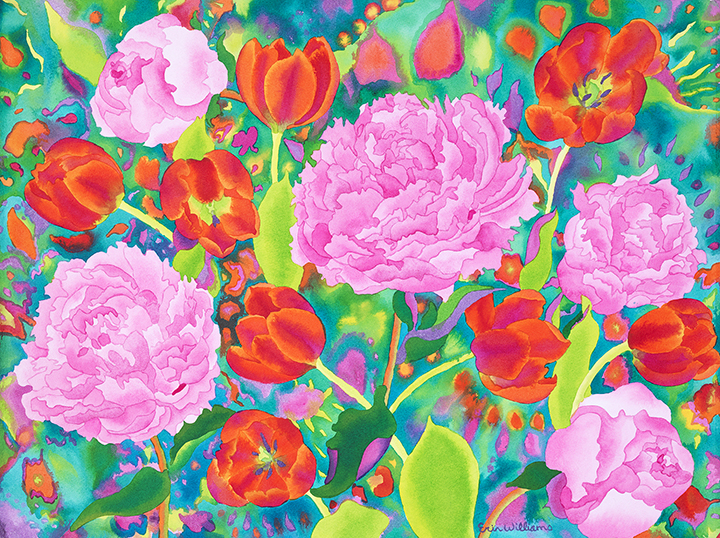 One of the many beautiful benefits of art, both in the creating and enjoyment of it, is the healing quality of color therapy. 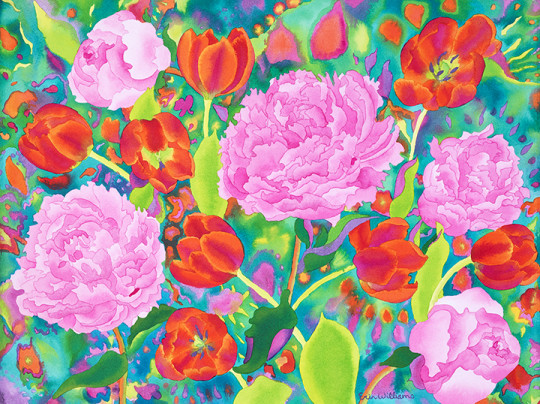 The vibrations of colors act on our energetic body to balance our emotional distress and acts on the subtle planes of our Being. My newest painting, Peonies and Tulips, was done during a week when I was dealing strongly with Universal Mother Love (pink), my sensual/sexual vitality (orange), and speaking my truth (turquoise).  At the time I wasn’t even conscious that I was using colors that directly correlated with the chakras that had been activated for healing.  It was only after going through this portal of initiation, growth, empowerment that I was able to look back and see how the process of painting had supported my inner process of coming into deeper alignment with my Divinity.  It is so magical and beautiful to surrender to our intuitive powers and let them guide us to what is real.  What is real for me at this time of the longest light of the summer solstice is that as I release false shame and blame from judgement placed on me by ego fears of the patriarchal culture, I am flying into the realms of the heart where I am vibrating at the frequency of Love, shining my light back to the sun as a reflection of the Divine Being I am.  And I am realizing this is my ultimate purpose- to radiate Love with my Being of which my painting is a direct extension.

Happy solstice dear friends- May you walk in the Light of your truth as a Divine Being and be happy in your heart for you come from Love and will return to Love, so Be the Love.

Everywhere are Buddhas and temples in Vietnam, Cambodia and Laos.  This one with the Naga (cobra) is a common image seen everywhere and reminds me of the coiled serpent in Kundalini yoga

This is the gate to the Feminine temple- of course my favorite, located about an hour away from the Anghor Wat main temple area.  This one had a very soft and gentle feel in a pastoral setting.

The place holds a sacred, healing energy that helped me cope with confronting the truth of what my country did to theirs.  That part of this journey was tough.

This is a jade Buddha in a larger temple in Laos in a side room of the temple that had hundreds of Buddha statues, so alive~

The way they have been able to forgive and love us, their former enemy-

Was a model of spiritual strength and compassion that is to be emulated as much as possible.

There is a joy so elemental to these people that I wish to embody.  I take this on as my intention for 2014- Joy from spiritual oneness.  Painting is part of that path for me~